On the surface a good move, but let's be wary... every silver lining has its cloud 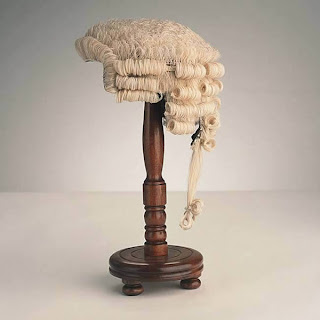 It will be interesting to see the reaction from the tabloid and right-wing press, but it seems that Ken Clarke plans to make good on the coalition's desire to be less authoritarian, at least in terms of the previous 17 years' concerted drive to lock more people up in chokey. It says so much about New Labour's failures that it has taken a Tory 'grandee' to try and introduce sanity into the debate on prisons. New Labour were basically enacting Daily Mail justice when in power, rather than thinking about what genuinely works, in terms of rehabilitation, punishment and re-offending rates. The Daily Telegraph records many angry, even rabid Tories, decrying Clarke as a wet liberal. Then there is the Tory MP Philip Davies, who has spoke out against Clarke's plans - claiming that they will amount to 'sending few criminals to prison'. Michael Howard - the first of the latter-day hardliners at the Home Office - is not convinced, incredibly enough!

Some people wilfully ignore relevant arguments: prison can actually lead to further crimes, recidivism, drug addictions, malign influence and ideas from other prisoners. Different remedies, aimed at rehabilitation but maintaining some form of retribution, must be considered - that do not involve imprisoning. Obviously one has to be uncertain of the ideas somewhat floated by that pinstriped crusader for localism and 'liberty' Dan Hannan:


There might be asymmetries in consequence: an intrinsic quality of localism. The Sheriff of Kent might decide that shoplifters should serve custodial sentences, while the Sheriff of Surrey favoured alternative penalties. One of two things would then happen. Either Kentish crooks (and crooks of Kent) would flood across the county border in such numbers that the people of Surrey elected a tougher sheriff. Or the people of Kent would get sick of funding the requisite number of prison places. At which point, their sheriff might decide on more imaginative solutions. He might, for example, decree that shoplifters should stand outside Bluewater with a placard saying “Shoplifter”. I don’t know what people would choose: that’s the essence of localism. But I do know one thing: best practice would quickly spread, as people found cheapest and most effective ways to cut crime. http://blogs.telegraph.co.uk/news/danielhannan/100045488/prison-could-work-but-it-isnt-working-now/


The typically American* idea of elected 'sherrifs' is taken from this report:

http://directdemocracyuk.typepad.com/Localist/send%20for%20the%20sheriff.pdf
It is unusual logic where the Tories may ignore public will where they disagree with it (say, regarding the scale of the cuts they plan), yet go full steam ahead with elected sheriffs, potentially allowing things to happen which would run counter to the ECHR which they have promised to back! In addition, the idea of religion or business-run solutions merely makes me think of Pete Walker's private prison in House of Whipcord! You never know, this sort of thing could occur in a society without any sort of regulation. I would argue we should try and make the state more akin to an organisation like the BBC, give all a more active stake in it but realise that it simply must have an important role - safety blanket and educating influence. Other areas can contribute, but will do better if there is a positive lead from the state. Would the excellent work of many of the regional ITV companies have emerged in the 1960-90 period without the standards being set by the BBC?

David Cameron of course would not be sympathetic to the values of David Attenborough (or even Sir Kenneth Clarke) being a one-time consultant for the abysmal Carlton TV post-Broadcasting Act in the 1990s.

Keeping individuals in prison is a massive cost for the state, and is not helping the individuals imprisoned or society, when one consider that many who go in for fairly minor offences can actually come out of prison and re-enter society as institutionalised criminals, who frankly don't mind going back in after re-offending. However, turning people over to businesses, the church and politicising the law by having 'elected sheriffs' does not seem to me to be any sort of answer. We will have to see whether this becomes government policy, as Hannan infers it will.

Does DH and the Tories' professed localism go so far as to restrict more Tescos in favour of local shops? As with so many ideas 'authored' (nay rehashed from Belloc/GKC) by Philip Blond, it is opportunism in search of liberty. 'Direct Democracy UK''s idea of judges approved by parliament strikes me as profoundly authoritarian and they also go on to say that all international treaties would need yearly approval in parliament. A judiciary independent from political interference is surely the true liberal option; you could require judges to prove competency in interpreting the law, certainly. But to have MPs appointing them seems a potentially dangerous step into very murky waters...

* Hannan is a staunch euro-sceptic, who claims to love Europe.
Posted by Tom May at 19:34 2 comments: 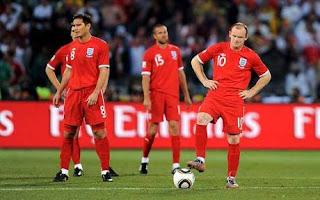 So, England were favourites were they? Idiotic pundits saying that no more than one or two German players would 'get in the England team', without evidence for such assertions. Form put Germany ahead - 2 wins and 6 goals in their previous 3 games, in comparison to England's mere 2 goals and 5 points. Superstitious commentators cannot even raise their usual, ludicrous complaint that England weren't wearing red! 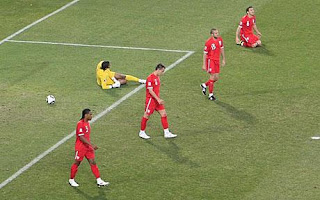 The media feeds the players' and fans' sense of entitlement: that England are somehow inherently one of the best teams in the world, regardless of their performances as a team. It is all for the better that they were beaten so comfortably today - the scoreline flattered England frankly, it could have been 8-2 - as the media and fans cannot simply blame the officials and FIFA as they might have done had it been a tight 2-1 win. Blaming the foreigner is a time worn pursuit for those immersed in English football. It can happen no longer - all must take a long hard look at these players and ask: 'why do we rate them so highly?' They were atrocious today - to call the defending schoolboy would be an insult to children. The likes of John Terry simply are not world-class if they cannot defend simple punts upfield from the opposing goalkeeper. 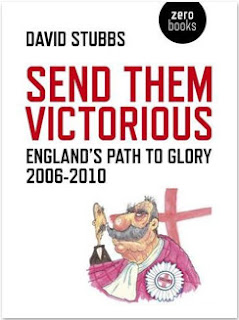 David Stubbs captures this idiocy in his wonderfully droll Send Them Victorious (Zero Books, 2010), which should be required reading in schools and workplaces across the country. The Wing Commander is a superb creation; a crotchety old buffer and remnant of the empire: like a cross between Viv Stanshall's Sir Henry Rawlinson and Willie Donaldson's Henry Root. An eccentric, but avowedly right-wing old reprobate who combines the imperialism of Empire with the absurd sense of entitlement many armchair fans feel today. There are other excellent creations, such as the equally convincing Scottish pundit who rues the days of football played by real men hewn from granite and the Arsenal fan, nay, connoisseur who calls them 'Artenal'.
Posted by Tom May at 20:36 No comments: 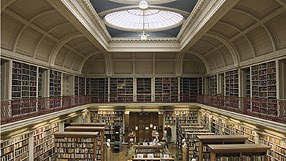 I have been in a few times, and it is a great place. If I lived in Newcastle (still on the cards), I could definitely while away some time in there.

It is somewhat unlikely that it could form any sort of model for civic 'big society' projects, however. The private sector is not identified with learning and awareness of history today.
Posted by Tom May at 13:18 6 comments:

Long promised blog post on the way (my own take on the music, inevitably influenced by the superb Resistible Demise compendium of essays), but for now, this: