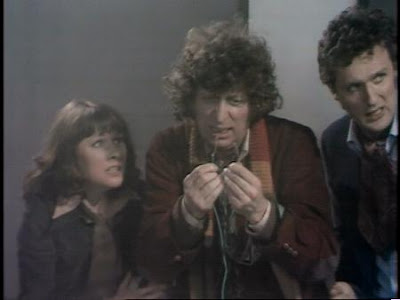 'But sure as I sit here
There will appear
Pictures of Adolf again...'
(Bill Fay, Time of the Last Persecution, 1971)
The Doctor. 'Listen: if someone who knew the future pointed out a child to you, and told you that that child would grow up totally evil, to be a ruthless dictator who would destroy millions of lives, could you then kill that child?'
(Dr Who - Genesis of the Daleks, 1975)
'Pray for the Sergeant Major
Who only had orders
and nothing else to give'
(Bill Fay, 'Planet Earth Daytime', 1978-81)

I suppose I did not approach this story in the ideal manner, as I knew the twist, but then again the twist occurs half-way in, not at the very end and the story is hardly solely reliant on the twist as a stultefying Hollywood horror film of the last ten years might be. Do not be under any illusions, this is a bleak, intense story; Dahl introducing a prospective mother who has lost three previous children, praying, as a devout woman, that the fourth will live. The doctor rationally assures her it will; she cannot bring herself to believe it might live: 'He is a little small, perhaps. But the small ones are often a lot tougher than the big ones. Just imagine, Frau Hitler, this time next year he will be almost learning how to walk. Isn't that a lovely thought?' (Roald Dahl, The Complete Short Stories, 1991, p.133)

Dahl goes beyond merely acting as the actor-manager, affecting melodramatic sleight-of-hand like an Irving. As Gordon Burn manages in somebody's husband, somebody's son (1984), a study of Peter Sutcliffe which contextualises his crimes and character, we are presented with uncomfortable truths: that Hitler came from somewhere. He came from a mother and father, and he was once a baby - the icon continually sentimentalised and worshipped in our society. 'This is a perfectly normal baby', the doctor says, Dahl's mordant sense of irony revealing itself, cutting through all of the media's nonsense in setting up the Sutcliffes, Fritzls and Hitlers as 'monsters', a different species to the humanity from which they came.

Dahl's is a bleak worldview, putting no faith in politics or, indeed, faith, as this story demonstrates. As one may be aware from his work for children, the adult world itself is cruel and unloving; deprivation and abuse lead to more deprivation and abuse - indeed to Hitler; note the inferences that can be drawn regarding the as-yet unnamed father, Alois, on p.131: 'The husband was a drunkard, the innkeeper's wife had said, an arrogant, overbearing, bullying little drunkard, but the young woman was gentle and religious. And she was very sad. She never smiled.' Marriage and relationships in this case are shown as a horrific dead-end, rearing Hitler, while the implication is that Klara's praying works - that religion is as culpable as anything (historians could no doubt make theses of this).

'Genesis and Catastrophe' forms an appropriate start to ASSAD; reflecting the fact that Dahl was one of my favourite writers as a child and this does really make me want to read more of his adult stories, and I get the sense that the dividing line between his work for adults and children is pleasingly thin. Was Dahl a misogynist and anti-semite? Possibly; this story offers few answers, and nor should it. Throughout ASSAD, I am going to be careful of the absurd tendency of many critics to make too much of the biography of the writer when assessing a work; let the work stand for itself, and in relation to other literature, music, film, art, history and culture.

Finally, with its desperately numb ending, this story gets me thinking of the childhood trauma buried and then unleashing itself at the end of Time of the Last Persecution; the bleak hymn 'Let All the Other Teddies Know', with that piano that establishing the path out of life, and the tolling guitar signalling the coming of Adolf. A beautiful baby. 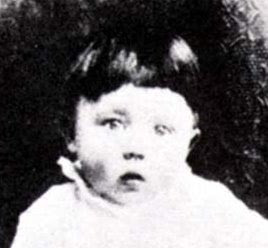