'There's a message in our song' 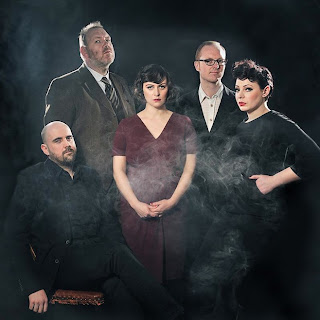 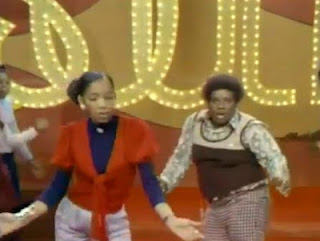 The O'Jays can so often be relied on to get to the nub: 'We going to talk about all the things that been going down / Get your information from this means of communication'. Recently, in my day job, a discussion of students' exam answers regarding the role of music in 'the curriculum' and in society got thinking about what music means personally. Also, teaching A2 Communication and Culture has inevitably got me thinking about music and what it means in our lives. You can only discuss music with music at the forefront, so I've embedded ten songs, to assist.

Today, I've been listening to Camera Obscura's sparkling new album, Desire Lines, so really ought to have picked something from that, but there's a limited amount to select from on that old platform of YouTube.

Listen! Listen to those sparkling ethereal harmonies at the start; move your disco clasp tight the jubilant, serious and huggable whole:

This is a stormy, pleasurable, political delight; understanding why we dance.

Music expresses the ineffable as well as the tangible. The Bacharach crackerjack and the Half Man Half Biscuit diatribe. The celestial sublime and disconsolate confusion:

Celestial soul evoking confessional, existential uncertainty. How humans can dread. This song hits the hardest of anything on a great, weird record with the aptest ever title.

Within this true star and wizard, there is difference and convergence of perspectives and lives. As in the Alain Badiou volume I've been reading, In Praise of Love...

Music can be the short-term consolation or the long-term escape route. It has deep meanings - the context affects what we may feel about it. We make value judgments because we are human and have to enter into dialogue with others and ourselves. Is it at all about 'taste'? Isn't that too linked with spurious social status and tinkering lack of commitment?

It can speak of ambivalence towards a year or time in your life, as with this miraculous swooning pop, which  also effortlessly carries you forward into the present and future, while reminding me of 2005.

It can evoke and drip with 'British Summertime'. Glide in linguistic eloquence and caverns of porous, vertiginous dreams.

'No big deal but I feel the real you is the blue that I knew before / The refined and reclining, declining, demure and unsure'

Luke Sutherland is a novelist and sound artist; an inspired figure well in advance of our mainstream music marketplace. We avert our ears from this, impoverishing ourselves with a 'sustenance' of Peace and Mumfords:

Jordan: The Comeback is mine; when low, I have put this array of delights on and been transported somewhere external, more deeply internal and eternal. My favourite album, still:

While tilting at windmills, pursuing grails and great ideals, you might overlook much else that could get you closer to those ideals.

'I know you're listening out there somewhere...'

It can gleam with promise both breezily Utopian and hazily worldly, as in the passage of Bark Psychosis' 'The Black Meat'. Yearning, unfurling loveliness at 2:49 after that ashen pause.

Like a butterfly emerging from the chrysalis into the daunting world.

It knows about 'My Lonely Room'. It can be a gateway to pasts that would seem impossible in the present: a 1964 of A Hard Day's Night and this gorgeousness:

The ephemeral nature of popular song. When so much is ephemeral, shouldn't we pay it attention?

I know, it can be an inoffensive background - to dictate the party mood, or mere aural wallpaper, enjoyed at a remove. People are free to see it in this way; maybe they aren't missing out and are better adjusted in their indifference?

I could never be indifferent to the stuff of synths; of vintage OMD, PSB, the Korgis, New Musik and New Order... Even of Season 18 Doctor Who music. Even if I had never got up and sang 'World in Motion' with three other members of the Phoenix brethren Christmases ago.

As Lee Perry might have it, it transplants. Transplants the past into your present and worms its way into the memories that last. It is not surprising to find that one of the most useful therapies for Alzheimer's sufferers is singing songs remembered from their youths. Words and music in combination burrow their way deeper into us than anything.

Try spinning the narrative that it doesn't matter or can be viewed wholly through an economic calculus. See how far you get with most people.

Music: not in isolation, never. It exists in society and history, it encultures and accompanies the most alone. Provides chance for common or uncommon ground to be found.

It transcends us and enables us to ascend like the tingling on an adolescent spine. It's not about number one but two, as Nilsson or Patrick McGoohan might remind us. Do we stay rigid, confined and unchanging or open that door, as Richard Hawley would have it?