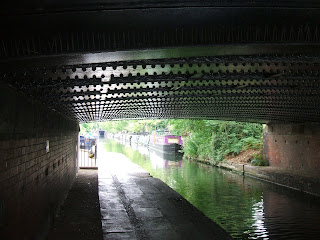 Have had a rather good summer, and just as it departs, here is what I have been working on for the last two months, a new 'Summer Sabbatical' EP: http://dreamcargoes.bandcamp.com/album/summer-sabbatical-ep

Admittedly, quite a few of the backing tracks are quite old; but they were worthy of finishing off and flesh out. They struck me of summer, too. Only tracks #3 and #4 originate at all recently. The lyrics are all August 2010, with 'Do Real Men Cry?' edging into this new month.

There are resonances of much of what I've been reading: Ted Hughes' poetry, H.C. Andersen's 'The Snow Queen' (and W.H. Auden's reflection on it), Raymond Williams' "Culture and Society". Two of the best films I've seen all summer are sampled - prizes to who can name them!

Again, I am very interested in listeners' feedback... I think this marks something of a transitional EP - and I want the next to be different in feel. I aim to record everything from scratch for the Autumn one; this one felt at times like a reckoning with the past, necessary in order to move forward.

My trips to London and Keswick inform the spirit of this record, plus the fine people who have contributed to it being such a good time - thank you all.
Posted by Tom May at 18:55 No comments:


Diane Abbott:
74%
Ed Miliband:
53%
Ed Balls:
45%
David Miliband:
29%
http://www.votematch.org.uk/lab2010/index.php
No surprises really with that, though it should contain a question about voting reform. Balls has spoken up well on the economy, one of the few to challenge the absurd prevailing 'logic' put forward by Osborne and media cheerleaders regarding the need for cuts of an ideological scale.
It remains to be seen just how genuine Ed Miliband's supposed reclamation of social democracy is; in itself, it may not be enough, but it would be a significant improvement on New Labour if truly felt and enacted.
N.B. The site does not include Burnham, as apparently he didn't submit answers to the full set of questions. 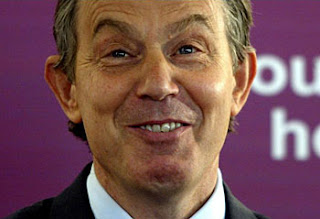 …that night she [Cherie] cradled me in her arms and soothed me; told me what I needed to be told; strengthened me; made me feel that I was about to do was right … On that night of the 12th May 1994, I needed that love Cherie gave me, selfishly. I devoured it to give me strength. I was an animal following my instinct, knowing I would need every ounce of emotional power to cope with what lay ahead. I was exhilarated, afraid and determined in roughly equal quantities.


Theodore Millon identified five subtypes of narcissist.[2][3] Any individual narcissist may exhibit none or one of the following:
unprincipled narcissist - including antisocial features.

A charlatan - is a fraudulent, exploitative, deceptive and unscrupulous individual.

It is a legacy of personal hubris, and confusion of 'centre-left' politics with celebrity and Rupert Murdoch. Regardless of the same old 'bliar' terminology in the strapline - yawn - this is a forensic article displaying an attention to reason and evidence that Mr Blair neglects in his selective interpretation of history and his role in it:
http://www.newstatesman.com/blogs/mehdi-hasan/2010/08/saddam-iraq-weapons-report

The actual legality or otherwise is not the issue that this article is concerned with (though Deputy PM Mr Clegg certainly made his own views clear in parliament). The wealth of evidence points at least to the lack of due dilligence he gave to the available evidence within the intelligence community and the UN. He was selective in what and who he listened to, typical of a man who privileged the first-impressions of celebrity over an engagement with facts and ideas. The article is an attempt to highlight many of the inaccuracies in Blair's intepretation of the evidence available and the erroneous nature of many of the arguments he made for going to war. Many excerpts I have seen so far justify the impression of Blair as seeing things in rather black-and-white terms, all too close to the Palins, Bushes and Glenn Becks (and yes, at times, the Galloways) of this world. 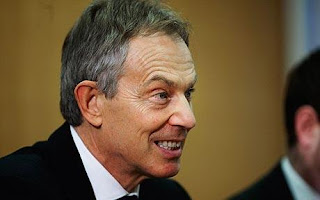 From the selections online, his prose seems rather Daily Express in style; a studied informality, with all those exclamation marks. His comments on Brown seem typically disingenuous, considering his high-profile appearances in support of Labour and Brown in the election campaign. For all of Blair's supposed advantage in emotional literacy over Brown, he seemingly proved a dubious judge of character - his comments on Murdoch and Bush, for example. His actual politics are seemingly a misuse of his supposed gifts. From other comments, he now seems entirely signed up to a shallow Ayn Randian anti-statism - presumably adopted for the benefit of the US 'lecture circuit'. Selectively avoiding the truth that we now have a state built around subsidising a failed economic elite, with barely any more regulation than before. He characterises Brown as a socialist; an incredible deviation from reality, again - part of his attempt to aggrandise himself as a heroic figure. Brown was more up for PFI initiatives than Blair. Blair himself seems closer to Ronald Reagan in philosophy than John Stuart Mill, Beveridge or any significant liberal thinker - most of whom will accept the need for the state as a 'positive actor'.

The Marr interview was telling - Blair showing every affinity with the Clegg-Cameron coalition in policy - admitting regrets over the FOI Act and the Fox Hunting Ban, and rubbishing any attempt by Labour to 'move a millimetre' away from New Labour. The old actor was in evidence, absurd as ever. Blair represents so much that I intensely dislike about our recent media-political nexus: the consummate acting, the displays of faux-religiose sincerity (he sets himself within the same continuum as Glenn Beck); the 'Joker Hysterical Grin' - to quote Mark Fisher - masking a contempt for anyone daring to disagree with him. 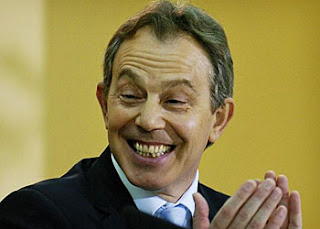 Was this man really Prime Minister? Or rather clairvoyant or Daily Express agony aunt-on-call? It is remarkably odd that Blair deemed it so important to warn Diana about Dodi Fayed, on so little evidence other than a feeling: "This was not for the obvious reasons, which would have made some frown
on him; his nationality, religion or background don't matter a hoot to me. I had never met him ... so if you ask me, well, spit it out, what was wrong, I couldn't frankly say, but I felt uneasy": http://www.guardian.co.uk/politics/2010/sep/01/tony-blair-diana-relationship-fayed

Then one has to consider the bizarre claims that he predicted John Smith's death and knew that he would gain the leadership... This is all to trivialise the death of a man who would have made a far more considerable Prime Minister for this country, by associating it with his absurd Mills and Boon talk of 'devouring' Cherie's love.

It is a sign of Blair's success in moulding the country in his image that his book has been so successful despite the leaked absurdities; that people are still seemingly taken in by the 'charm' and consider this bizarre, profoundly misguided man as 'likeable' in any way. Presumably a large element of the support comes from the Baby Boomer generation, of whom TB is an exemplar: corpulent, deluded, narcissistic. Believing fundamentally in the power of the self to shape the whole world. His claims to be acting in the 'national interest' in his foreign policy was perhaps the biggest joke of all. 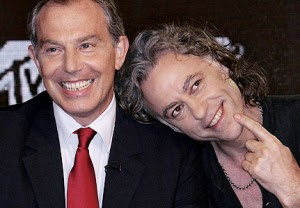