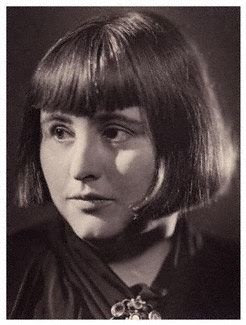 'His methods were old-fashioned and heavily romantic and within a week she was hopelessly infatuated.'

This is drawn from a book of 'English Detective Stories', though the actual detection side of things is minimal; it is a study of crime and in how to build tension. Allingham was the creator of Albert Campion, a detective initially taking off Lord Peter Wimsey, who starred in a long series of novels and shorts (1929-65), including The Tiger in the Smoke (1952), described by John Lennard as a 'great later work'. (Of Modern Dragons and Other Essays on Genre Fiction, Humanities-Ebooks, 2007, p.35) That novel was adapted by the redoubtable Roy Ward Baker in 1956, who at 92 is clearly now one of the last survivors of British cinema as it was. His Tiger didn't even include Campion - relegated in the novel to 'background passivity and observations' - as a character. (Lennard, p.35) This short is likewise missing a detective personality, and works perhaps all the better for that, given the rather grim modernity of it - set in a recognisable contemporary England, in its phase of budding consumerism.

It is all rather Hitchcockian in tone, with a woman in peril, the third in a line of women married by the serial killer, Ronald Frederick Torbay, who had struck previously in the North, engineering a fatal accident. Allingham makes a little of how that crime was reported in the media: they had 'entitled the article with typical northern understatement 'Honeymoon Mishap'.' (p.319) In its low-rent grimness, allied with a sardonic humour, this reminds me a bit of the work of Patrick Hamilton, Ten Rillington Place (dir. Richard Fleischer, 1970), as well as ATV's Thriller anthology series (1973-6), which has several episodes revolving around a similar theme - typically starring an assiduous, eerily smooth Michael Jayston adopting guises to disguise a series of killings. Very British in its focus on mundanity and terror; awful things happening behind an impeccable front of respectability.

There is a wealth of detail here - not forensic, but poetic in its effect. Torbay, his own name redolent of English coastal dreams, is captured superbly: every bit the slightly-behind-the-times casanova, pitching himself as a smooth salesman to this would-be third victim, Edyth. He tellingly first sees her 'sitting alone at a little table under the window' - of that most English places of living death: the seaside hotel. (p.319) He is a low-rent English imitation of the romantic tactics to be found in women's romantic fiction, and a man constantly living up to the promise: 'A New Career in A Town' (David Bowie, Low, 1977). Taking things ever so carefully, feeling himself the master of his destiny: 'He was certain he was infinitely more clever than most human beings but he did not dwell on the fact'. (p.318) He is a pallid, middle-aged chap who considers what he is doing almost in scientific terms: 'It lent his designs upon them a certain pseudo-scientific atmosphere that he found satisfying.' (p.319) He might be placed in the John Reginald Christie mould; Allingham is clearly influenced by real-life criminals in this particular case, but careful not to be specific.

I shall not go too much further, as time is in the essence in writing up what has became a backlog of short-stories! (I am reading one a day fine, but the writing hasn't quite occurred) Allingham's excellent story must be read. Fascinating in its subtle evocation at the end of female empowerment, turning Torbay's and perhaps the prurient reader's expectations on their head. A very interesting female development of the Hitchcockian.