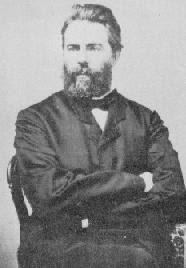 "Heart-of-oak. From the peculiar time of your call upon me, I suppose you purposely select stormy weather for your journeys. When the thunder is roaring, you deem it an hour peculiarly favourable for producing impressions favourable to your trade."

This story takes us back to Tynemouth, as the aforementioned volume was acquired there, whilst retaining Ballardian interest - Moby-Dick was cited by JGB as one of his top ten novels. It also takes us much further back than any other tale so far, and across the 'pond', it being a staggeringly American work, despite being instantly set in the Acroceraunian hills, Albania - and it is worth considering where it accords and differs from current U.S. values.

It treads intriguingly between the melodramatic and the allegorical, perhaps showing that their closeness. Melville's style is well poised between the portentous and the dryly amusing; at times one does not quite know how to take this. In an uncanny pre-echo of the Richard Hughes story discussed a few days ago, there is a stranger who enters a house dripping wet, in the midst of a storm. In contrast to the two fugitives in a contingent setting, here we have a strange, unctuous chap intruding within an unnamed gentleman's abode - going so far as to admonish him!

Rather than being 'Jupiter Tonans' - a metaphor for the thunderous weather - as the householder calls him, this chap claims to be able to guard against the effects of the storm, through offering him a lightning-rod - for money. Melville shows acquaintance with the tactics of capitalism; the constant hyperbole deployed to make the case that he needs this product of science. If indeed it is a product of science... Indeed, 'Tonans' develops some odd, presumably spurious hypotheses not backed up by evidence: "Are you so grossly ignorant as not to know that the height of a six-footer is sufficient to discharge an electric cloud upon him?" (p.132)

The salesman's sense of drama would befit an Irving interpretation in theatrical melodrama - there is a sense of the exaggerated tumult of weather mirroring pyschology present in stagings of Leopold Lewis's The Bells (1871), including of course Irving's most revived role, Mathias, the Burgomaster: "I can make a Gibraltar by a few waves of this wand. Hark, what Himmalayas of concussions!" (p.128) False promises, false dawns, as always offered by Kapital? His wares are never truly tested but the implication is strongly that he is fraudulent in his dealings: "Only one dollar a foot." (p.129)

He constantly shouts "Hark!" during his jerky, distracted speech, marked by Melville with extensive use of hyphens: "Only twenty dollars, dir - a dollar a foot. Hark! - Dreadful! - Will you order? Will you buy? Shall I put down your name? Think of being a heap of charred offal". (p.132) The salesman's tactics are ultimately seen through by the formerly ambiguous householder, who turns out to have the strength of his convictions, being able to cast this charlatan out of his house - almost a Jesus throwing the traders out of the temple moment, with his breaking of the rod: 'I seized it; I snapped it; I dashed it; I trod it'. (p.133) This follows the manipulative trader's descent into violence, following the householder's verbal repudiation and refusal to buy: 'He sprang upon me; his tri-forked thing at my heart'. (p.133) This is a wonderfully melodramatic moment, matching what was on the English stage at the time in its dramatisizing of wrongs being righted; virtue triumphing over evil. The wrongdoer being punished without any compunction, and the comeuppance is depicted in vivid, visual terms.

Melville subverts and problematizes this moral certainty with his last sentence: 'But spite of my treatment, and spite of my dissuasive talk of him to my neighbors, the Lightning-rod man still dwells in the land; still travels in storm-time, and drives a brave trade with the fears of man.' (p.133) Thus, he avoids glibness and homilies; the moral point might stand in the strict confines of the main action, but Melville indicates things may not be so simple in wider society.

I am aware of interpretations that stress a science v. religion theme; there could be something to that, but I would as much emphasise the anti-consumerism. Rugged Individualism, so crucial a theme in American culture and identity, rears its head too. Whilst the allegorical characters are not particularised, the householder stands as an embodiment of individual self-sufficiency, with faith in god and the sanctity of his home. For good or ill - and the ill tends to predominate, economically, at least - these values have defined America; Obama may mark a turn towards greater collectivism, that remains to be seen. The householder certainly represents the male prospector, taking on the mantle of hardy masculinity: 'And why don't he, man-fashion, use the knocker, instead of making that doleful undertaker's clatter with his fist against the hollow panel?' (p.127) Melville is almost in the DH Lawrence position of not backing the standard political or philosophical horses; this is not simply pigeonholed as a right-wing John Wayne Western, as pro-capitalist or pro-collectivist, but simply pro-individualist in a more abstract sense, ballasted by Christianity. If I knew more about U.S. history of the time, I could probably explain more clearly some of the issues he is responding to. One certainly does imagine, however, the horror-struck invective which he would use to depict the ungainly hybrid of Christianity and commerce in the Union of George W. Bush...

In conclusion, a peculiar tale, a fascinating read; about time I read such a distinctive, vivid writer - not afraid of a bit of the old blood and, indeed, thunder coarsing through the veins.