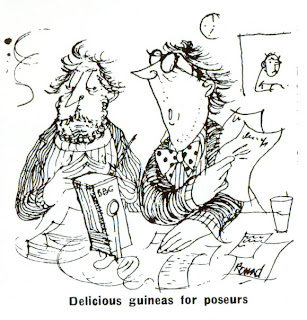 "Rage, rage against the dying of the light"
- Dylan Thomas
For anyone who missed it, here is the podcast running down the Top 10 of our Worst 200 Songs Project and  reflecting on the whole thing. It features all of those who gave words, sweat and tears during our 10-week purgatory: Gibson, Lichfield, May, Niven.

From Jimmy Corkhill to Herbert Marcuse, all human life is here. There are 'considered' views from some of our critics; there is commentary from us lot that is righteous and scabrous by turn. There is desecration of a 'national treasure' and knight of the realm. There are the 10 ghastly (i m o - forum folk*) songs themselves, though thankfully most of them have some pithy or philosophical comments from our panel to lessen the pain. There is a late-80s TOTP-style rundown of the whole Top 40, with Lichfield and May in Batesian mode: Simon and Alan, respectively.
This unique proposition was originally broadcast on some sort of internet radio gubbins, at 9pm on Sunday 1st April 2012 and then repeated the following evening. The second broadcast incorporated some further edits and embellishments.
This was my first stab at any sort of online radio - and it has instilled a new respect for anyone who does this sort of thing live!

There will also be an epilogue post setting out what we love in current 2011-12 music; we are hoping to post this over the next week or two.